Welcome to the official website for the Beta Phi Chapter of Delta Sigma Pi! Our chapter was founded at Southern Methodist University in 1948. Since then, we have become one of the largest Delta Sigma Pi chapters in the nation. We take great pride in our letters and what it means to be a Deltasig. Located in the heart of Dallas, our brotherhood learns from successful men and women about how to prosper after college in the business world. We have gained more business connections and life-long friendships within our active community of members than any other chapter. Our members have not only benefited in a fruitful amount of connections with Deltasig alumni, but also with alumni across the nation. As a chapter, we frequently host professional speakers, community service events, fundraisers, and brotherhood social events.
Our brothers develop skills for the business world after graduation. Reviewing resumes, creating Linkedin accounts, mock interviews, and finding internships are a glimpse to our professional advancements. Many of our members have graduated with jobs at top firms such as KPMG and JP Morgan. We are a brotherhood that values and supports one another in both a professional and social setting. If you are interested in becoming a brother, creating life-long friendships, and developing the necessary skills for modern day business, checkout our instagram (@smu.dsp) to hear about opportunities to apply!

The Cox School of Business

Founded in 1920, the SMU Cox School of Business equips students with the skills, knowledge, and experiences they need to succeed in business. Major publications (including BusinessWeek, The Economist, Financial Times, Forbes, U.S. News & World Report and The Wall Street Journal) rank SMU Cox among the top business schools in the nation and around the world. The Cox School offers a full range of undergraduate and graduate degree programs, as well as innovative executive education programs encompassing all aspects of business leadership and management.


There are dozens of reasons to choose the Cox School for your business education, but four key advantages set the Cox experience apart:


1. Its strategic location. SMU Cox is located in the heart of Dallas, a world center for commerce and culture. You'll have the opportunity to interact regularly with business leaders and practitioners through speaker series, internships, and mentoring programs.


2. Its small private-school environment. Our size and culture encourage interaction and collaboration. You'll develop close relationships with professors and fellow students, inside and outside the classroom.


3. Its strong professional network. The Economist ranks the Cox School #1 in the United States and #7 in the world for potential to network. You'll have unmatched access to professional advice, career networking opportunities, and social connections around the world.


4. Its innovative programs. The Cox School has a strong history of developing innovative programs and resources that give students a leg up on their peers. In 1970, we introduced the Caruth Institute for Entrepreneurship, one of the first such centers of its kind. We pioneered executive mentoring programs and leadership development centers for undergraduate and graduate business students. Our American Airlines Global Leadership Program, launched in 2000, and BBA Business Scholars Program, started in 2001, have been emulated but not matched by a number of other schools. These and other resources, including more than a dozen specialized centers and institutes, make the Cox educational experience truly unique. 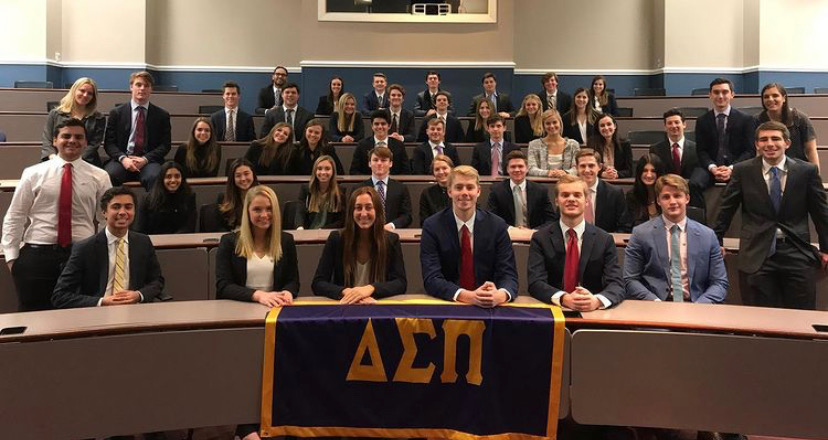